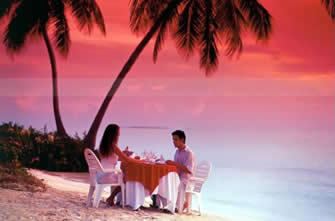 There are few more fascinating destinations in the Caribbean than its largest and most populous island, Cuba – not least because it has been a socialist republic since the 1959 revolution, when Fidel Castro seized power. This last remaining vestige of state socialism, 90 miles south of Key West, Florida, was once the last stronghold of Spanish power in the region.
Cuba’s rich, artistic heritage ranges from pre-Columbian cultures to the splendors of Spanish colonialism and the internationally acclaimed art of today. It is also a place of great natural beauty, with three magnificent mountain ranges and fertile plains where sugar cane and tobacco grow. And it has some of the best beaches in the world.

A quarter of Cuba’s 11 million people live in and around Havana, which lays claim to being the most beautiful city in the Caribbean. Old Havana, with its square mile of colonial palaces, handsome plazas and charming cobbled alleys was, along with Mexico City and Lima, one of the three richest Spanish cities outside Spain. It has been designated by UNESCO as a city of world heritage.

Cuba has an easy-going, multi-racial population whose greatest enthusiasm is reserved for music. It is the home of the modern rumba, actually of African origin, the mamba, the cha-cha-cha and the salsa. Cuban jazz is also excellent. Wherever you go on the island, music will go with you.

Travel can be an adventure. Transport is cheap and convivial. Cuba is the only place on earth where hitchhiking is regulated by the state – in the nicest possible way. Each town has a hitch-hiking point manned by an official in yellow trousers who supervises the hitchers, registers their destinations and loads them on to any state or private car that happens to be heading in the right direction. Tourists are absolved from the obligation to take on hitch-hikers.

It's a great time to visit Cuba, if you can. It is a vibrant island with resorts and beaches, some extensive – and the fact that it does not always provide the fully-honed and polished version of modern-day tourism suits many of its visitors just fine.

For those arriving in its coasts, Cuba is like a paradise full of fabulous places like the ruins of ancient French coffee plantations, in Pinar del Rio and Santiago de Cuba, the beauty of ancient colonial cities: The Old Havana, Trinidad, Camagüey, Baracoa… the contrasts of its varied nature, tinged by valleys and mountains in the region of Granma, Pinar del Río and Sancti Spíritus or the more than 4000 keys and islets that conform it.

The Cuban archipelago comprises a surface area of 110, 992 km² and is situated in the westernmost part of the insular Caribbean, at the entrance of the Gulf of Mexico. More than 4000 keys and islets form part of the Cuban island, including the special municipality Isle of Youth (Isla de la Juventud), with a surface area of 2200 km². Also known as the key to the Gulf, Cuba is the largest of the West Indies and one of the largest in the world.

Cuba has more than 300 natural beaches of fine white sand and crystal clear waters. The most famous of these is Varadero; however, there are others to the east of the capital city in Holguín and Cayo Largo del Sur, as well as in the northern keys of Ciego de Ávila and Villa Clara.